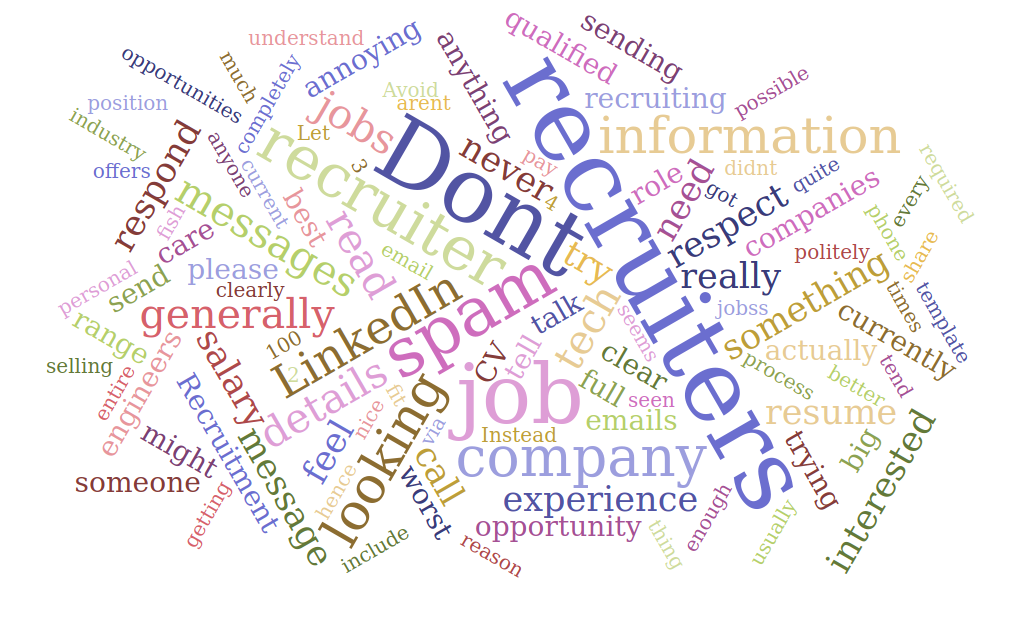 Back in September 2019 I ran my first survey with developers. The results of that survey convinced me that there was a real need for technical training courses for recruiters.

Since launching the paid course in December 2019 I have been trying to figure out how to get data in front of recruiting managers that will convince them that their recruiters would benefit from learning more domain knowledge about the software positions they are trying to fill.

To do this, I decided to conduct another much larger developer survey focusing more specifically on one big question: "Why Don't Developers Respond to Recruiters?".

I ran this survey on Dev.to classifieds and so far have 180 responses. I'll keep running this until the end of the month and I will update this post in a few more weeks, but I think have enough responses to generally represent the results.

1 - Why don't you respond MOST OFTEN? 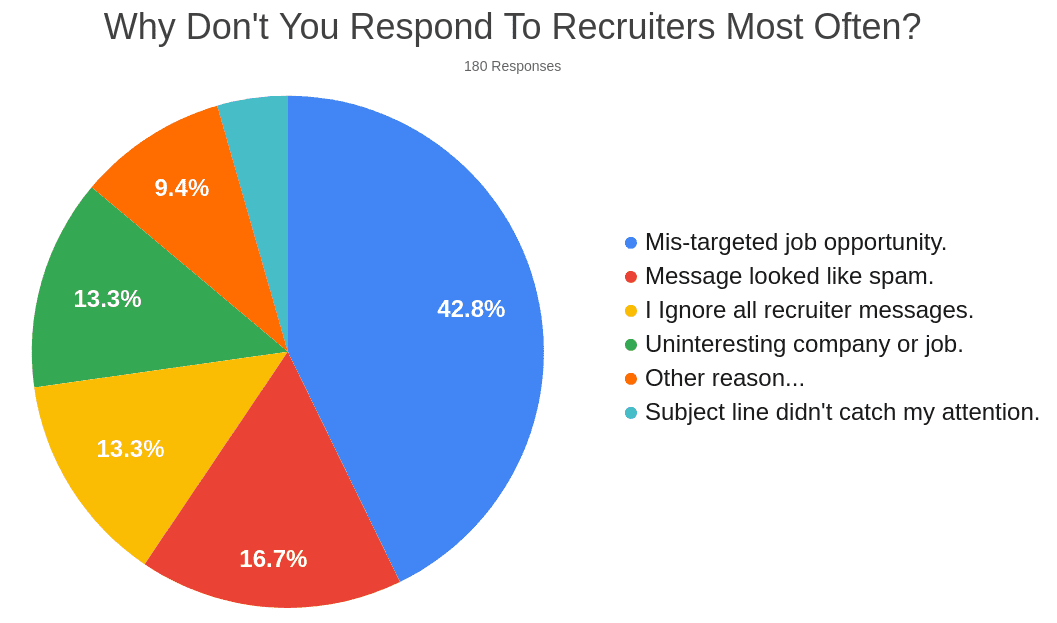 "Mis-targeted job opportunity" being #1 confirms my thesis for building ITeach Recruiters pretty resolutely: recruiters can simply learn how to target candidates better by understanding key job differences in the industry like frontend vs backend, or .NET vs Java and they can likely improve their response rates quite a bit.

2 - How do you feel about working with recruiters?

Wow, higher than I thought. I'll talk more about this later.

3 - What makes you want to respond to a recruiter message? 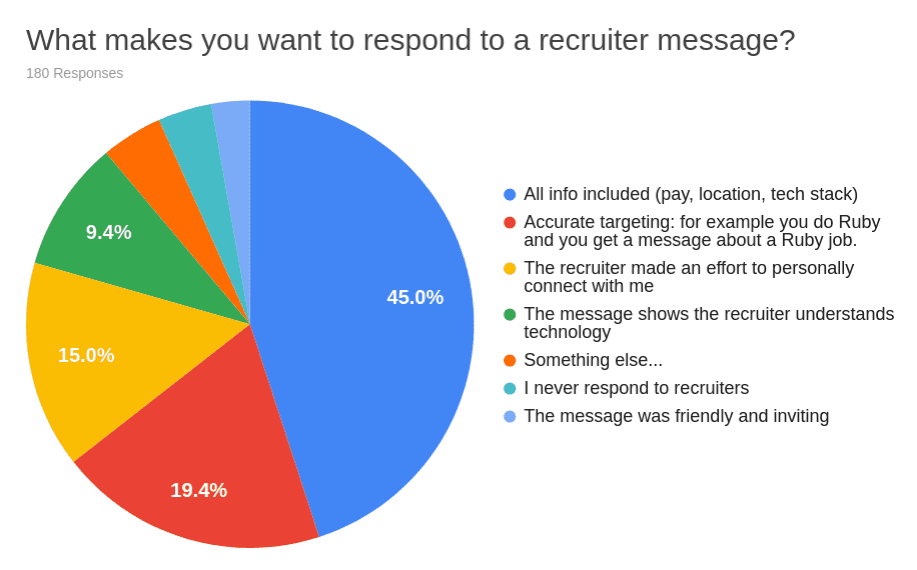 Anecdotally speaking from talking with other devs, especially senior level developer friends this is an unsurprising result. If you are busy and don't have time to hop on a call, but might potentially be interested in the job it's best to just get all of the key information up front in that first email.

4 - What are other reasons you ignore recruiter messages?

I left this open as a text response. I got a huge range of responses but one thing I will say is this: if you look at question #2, you can guess that the majority of developers do not have a high opinion of recruiters and there were a lot of complaints in here.

I'll write up another article here going into more detail but I wanted to share some quotes here I thought were indicative in general of what I was seeing.

Basically, it feels like a copy paste message saying "you'd be great for this job because your CV says {insert part of my CV}, and the job is {completely different thing}.

They don't read (my) profile carefully, just searching for a keyword does not work

You know at the reading of the message, that the writer had no knowledge of what he is writing about

it's too time consuming to deal with multiple recruiters at once, because every one of them wants to have a long phone call before they will do anything for you

I think an important thing to realize here is that developers in general have their defenses up when talking to recruiters. As a recruiter this is what you are up against before the conversation even starts. You can clearly see this and I think it boils down to a few reasons...

Another thing to note is that software developers are wary of recruiters wasting their time. Many developers seem to just want all of the relevant details about a job in the first communication so they can do a very quick "YES" or "NO" and get on with their day.

Why I think learning tech is the easiest thing recruiters can do.

Because 43% of developers surveyed are saying that the #1 reason they don't respond is a "mistargeted job opportunity", then it should make sense that learning the technology landscape better will help with targeting and improve response rates.

Another 17% of developers said they ignore recruiter messages because they "look like spam". Again, I believe learning the tech ecosystem better and being able to craft better more relatable messages would help improve this.

And finally, my shameless sales pitch

The course I have on offer now covers the basics of software jargon, tech stacks, server infrastructure, and even examples of cold emails. I have recorded more than 5.5 hours of video content and compiled tons of downloadable PDFs.

The price is $299 a seat, and you get permanent access. At some point in the near future I will be raising prices as I add more content so if you are interested grab a copy now. I do give discounts for bulk purchases, just contact me directly for that.

PS - How I generated the word cloud

I took the 180 text responses from part #4 and I first cleaned them of common words using this utility. Next I used this generator to make the word cloud.