Why don't developers respond to recruiters? (a survey)

It seems like when speaking to developers about recruiters I often hear the same thing: developers feel like they are being spammed constantly with jobs that have little to do with their experience or interests.

However, I wanted to really understand a bit more what developers actually think (instead of just collecting anecdotes) so I decided to do a survey and try to look at numbers.

I asked r/programming and r/cscareerquestions and I got 50 people to respond, which I think is a pretty good mix of types of programmers and experience level.

My first question: “How often do you respond to recruiters”? 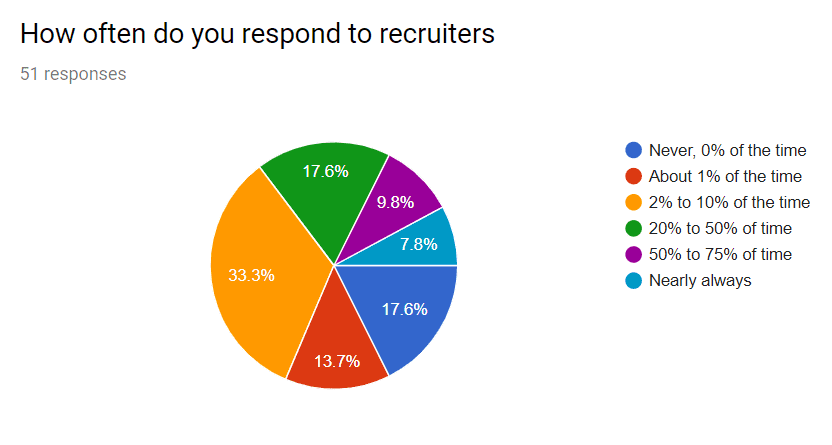 This is fairly unsurprising to me. Most people respond very little: about 2–10% of the time, while others almost never respond and a few respond fairly often. I, myself fall into the camp of responding most of the time (maybe half of the time, honestly) with a polite “not interested at the moment” unless it is something that looks like outright spam.

Just as an aside, what is clearly spam to me? When I see something like this: 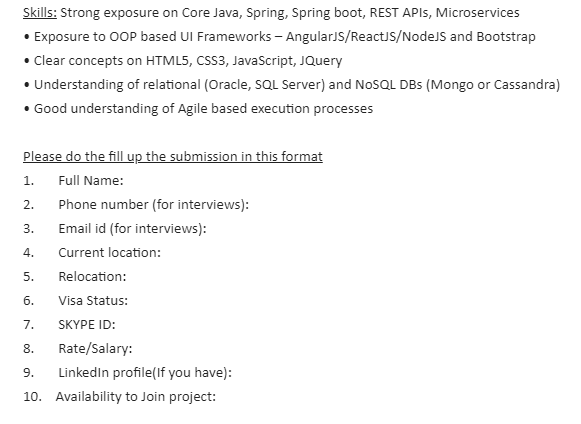 Clearly spam, or maybe even a scam.

2nd Question: “What percentage of jobs have you gotten using recruiters” 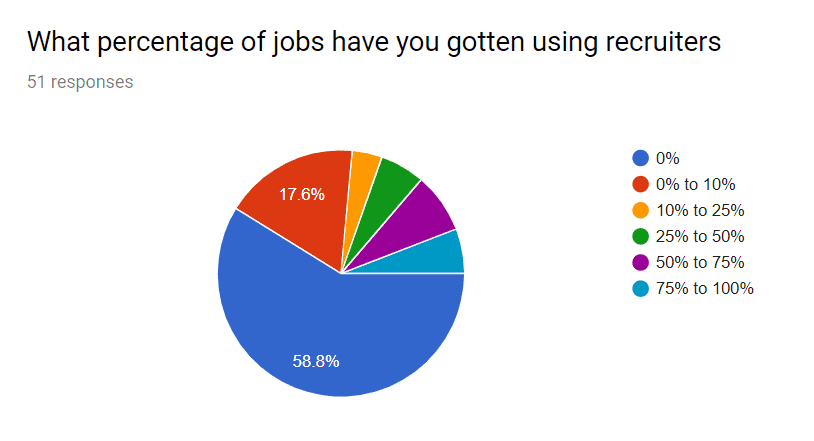 This was a little surprising to me: almost 60% of respondents have never found a job using a recruiter. Most developers in this case it seems are not using recruiters to find jobs. So that means the majority of developers are either applying directly to jobs or being referred to them by friends.

This sounds right if I think about it. On the team I am on now, half of the team is composed of people somebody had previously worked with and referred internally. Obviously, you are going to trust a former co-worker more to give you the honest lowdown on a job over a complete stranger who will be compensated for placing you.

This was a little bit difficult to clean up the data because I let people type in a custom “Other” box. This will be the subject of another blog post (because I got so many interesting responses). But here is a cleaned up data set:

I’ll summarize the top 5 reasons and explain them:

Another big runner up that you could combine is “Uninteresting company / Uninteresting project”. I know many developers will avoid certain industries like the plague. Government contracting, insurance, banking are all pretty unpopular anecdotally because most developers seem to really hate bureaucracy and coding is ultimately a pretty creative endeavor.

What can recruiters do about this?

I think that looking at this data there is a clear disconnect between developers and recruiters. It seems that recruiters that are struggling should focus on getting educated. Learn more about the industry you are recruiting for. Obviously spamming out jobs en-masse works, or people would not do it, but is that sustainable?

Even if you are a good recruiter and you are sending targeted messages and working with quality companies, could you get a higher response rate if you knew more about technology, tech culture, and developers? My answer would be yes! In a previous interview with a senior recruiter that I wrote up here he explicitly says he notices that an uptick in responses when he does things “not in a cookie cutter fashion”.

Join me next time when I go through the detailed responses developers wrote about their recruiting experiences. I also have a survey of recruiters I will be writing up soon.